A Guide to Japanese Fried Chicken

Fried chicken is a universal comfort food. Whether you’re in North America or East Asia, it’s not hard to find. In Japan, for example, recipes for this crispy, savory dish have been honed and enjoyed for centuries. 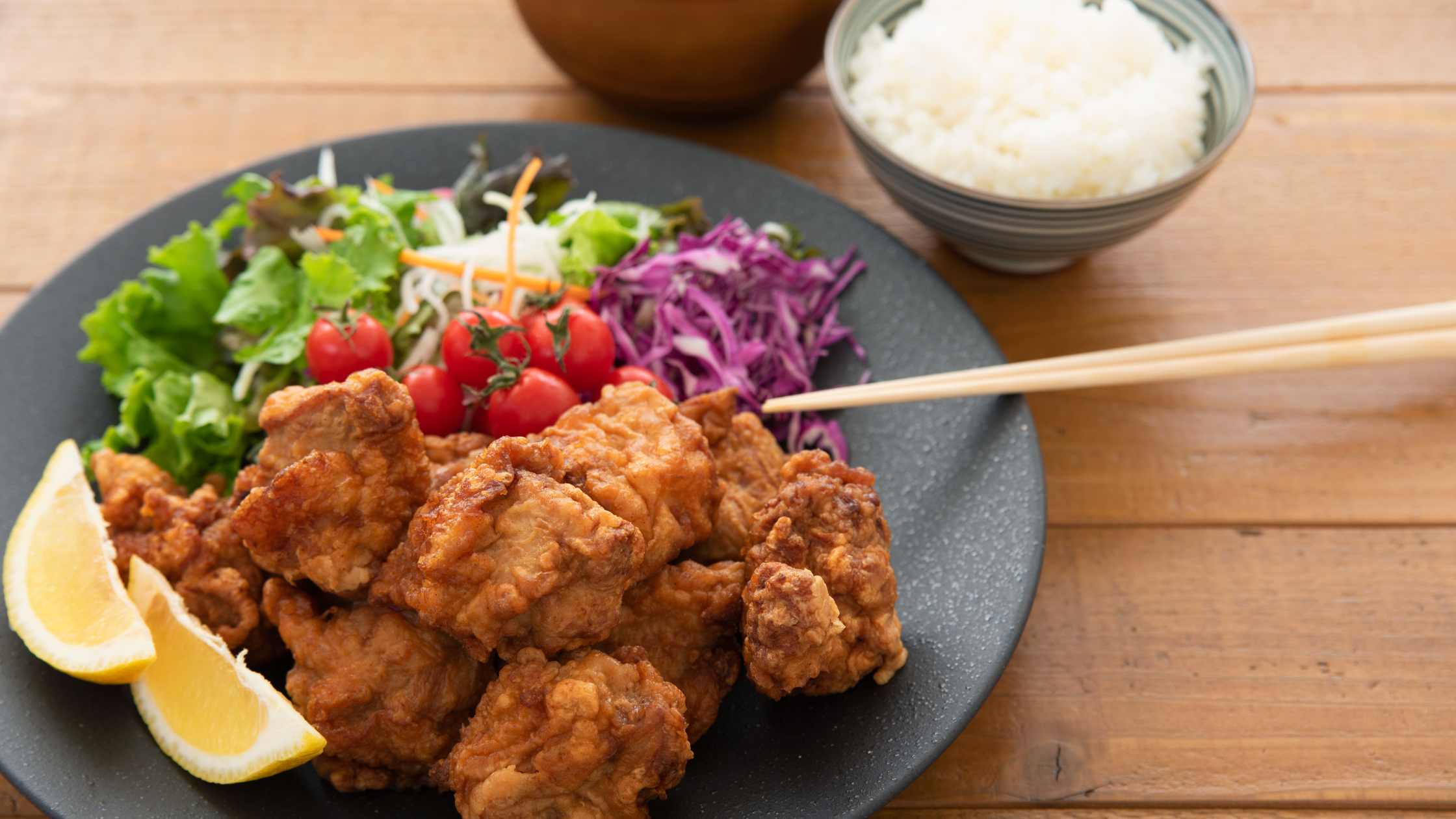 You might be familiar with classic Japanese fried chicken like karaage and katsu, but do you know how these recipes came to be? Or, the secret to their deliciousness?

At Torisho, we’ll fill you in before you fill up on our chicken.

A Brief History of Fried Food In Japan

Fried food has a long history in Japan. While early deep-fried foods were fried without any breading or battering, in the 16th century that changed. The story goes that in 1543, a Chinese ship with three Portuguese sailors on board went off course and arrived on the Japanese island of Tanegashima. Thus began a trading relationship that continued until 1639. In addition to soap, wool, and firearms, they left behind an oil frying technique now known as tempura.

Croquette was the next fried food to find its way into Japan. In the 1880s, French embassies introduced the dish. The Japanese used potatos instead of rue to make the dish stick together. Croquettes, also known as korokke, quickly became a popular comfort food. The French also introduced cutlets, which the Japanese call katsu, around the same time.

Last but certainly not least, Japanese fried chicken can be traced back to the 1920s. The karaage technique was introduced by the Chinese as a tasty way to fry veggies and tofu.
Japan’s favorite comfort food quickly took on many variations, and Torisho has carried this tasty tradition forward.

This is the most common Japanese fried chicken. Small pieces of chicken are marinated in soy sauce, sake, grated ginger and garlic before they are coated in wheat flour or potato starch mix and deep fried. Traditionally, it is prepared using dark meat, but at Torisho we offer the choice of white meat. Karaage is a popular bento entree, and comes in many regional variations.

For example, chicken nanban is a type of karaage from Miyazaki prefecture. The chicken is dipped in sweet vinegar and topped with tartar sauce. Or, there is tebasaki from Nagoya prefecture: Chicken wings sprinkled with sesame seeds and basted with a special sauce.

Toriten is tempura style fried chicken from Oita prefecture. Unlike classic tempura, the chicken is first seasoned with soy sauce, mirin, garlic, ginger, and more. It is often served with a bowl of udon and or/fresh greens such as cabbage. For sauces, it’s paired with Ponzu (soy and vinegar) and mustard.

The origins of the dish are debated. One explanation is that the dish comes from a restaurant in Beppu City where a chef named Shira Miyamoto wanted to create a Chinese dish in the Japanese style.

Torikatsu, or chicken katsu, is a Japanese fried chicken recipe made with panko bread crumbs. The dish wouldn’t be complete without tonkatsu sauce: a thick worcestershire sauce, similar to brown sauce, made with pureed fruits.

There are many delicious ways to enjoy katsu. It is often served over a bowl of rice and shredded cabbage as katsudon. There is also katsu curry: rice and japanese curry, topped with chicken katsu.

Japanese fried chicken has a long and delicious history. While the Portuguese, French, and Chinese might’ve introduced the first recipes, there’s no doubt that Japan has made them their own with unique cooking techniques, marinates, and condiments.  From karaage to torikatsu, there’s no shortage of fried chicken variations to try out.

Torisho is a famous Japanese chicken restaurant headquartered in Japan. The name Torisho literally means laughing with chicken, which is what we want you to do at our new location in the Beaches neighborhood of Toronto. We specialize in karaage and katsu, and also offer bento boxes and family meals.

Come experience the joy of fried chicken, and tag us in your meals @torisho.ca